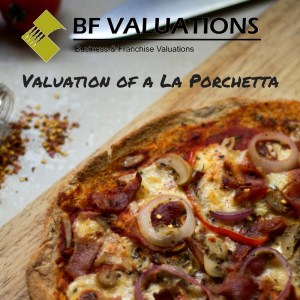 We were engaged for a Family Law case to assess the value of a La Porchetta Restaurant.

This was an interesting business to assess as the historical financials did not show much consistency in levels of profit and key expenses.  There were also issues with the business falling behind in super payments which would have to be accounted for by a hypothetical buyer.

Once the usual adjustments were made to the financials, we did start to see some improved consistency in the PEBITDA, however not as much as we would have liked.

One of the key adjustments made was the increase to the Gross Profit Margin in the 2015 financial year, from its current low figure to a higher figure.  This was a key decision in the valuation of this business as it made a vital difference to the final result.  Ultimately it was decided to adjust the 2015 financials to a higher Gross Profit Margin for the following reasons:-

Due to the inconsistencies an average of the past three years PEBITDA was adopted as the future maintainable earnings.

A risk rent calculation was utilised to determine a multiple which was cross referenced with both comparative sales of other La Porchetta businesses sold, and appraised by our partnered business, BF Brokers (a business sale firm).  This method produced our final capitalisation figure, and therefore the final valuation figure.

If you need a valuation for your business please Contact Us, we’d love to help